University of Alfashir (Sudan) Center for advocacy, guidance and reconciliation 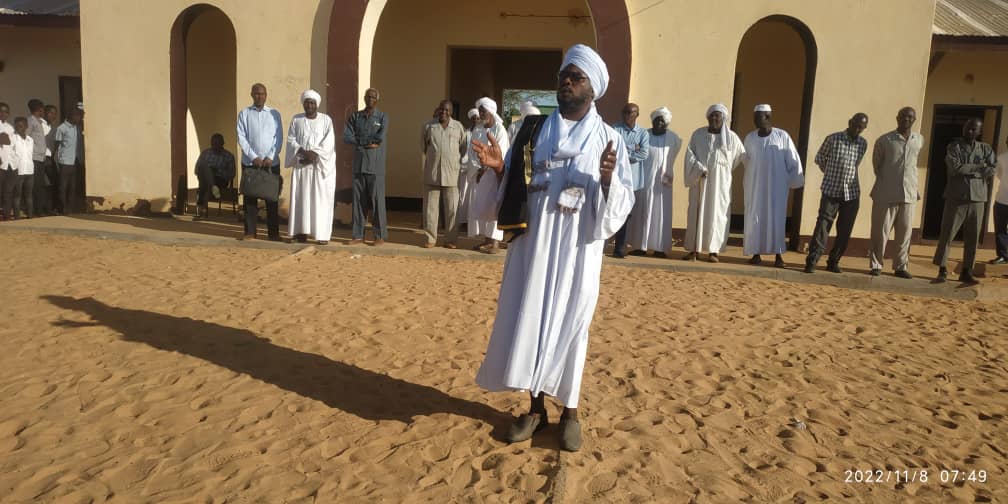 Dr. Issa Daoud, Director of the Center for Call, Guidance and Reconciliation, during his advocacy journey, accompanying the Zakat Office in the state to the eastern localities, gave a lecture after the morning prayer at Umm Kadada Mosque in the south, calling on worshipers to correct the faith and to stay away from the sins and pitfalls of good work. He also gave a lecture to secondary school students at Umm Kadada Secondary School for Boys, in which he called on the students to adhere to the Islamic religion, and to adopt its good morals, warning them against falling into the temptation of drugs and staying away from harmful extraneous habits, and urging them to strive hard in seeking knowledge. And raising enthusiasm for the rise of time, explaining the city’s bright scientific history.

He also gave a second lecture to the students of Umm Kadada Secondary School for Girls, in which he called on the students to adhere to religion and its morals, warning them against drowning in the sea of ​​modern temptation, such as beautification and unveiling.