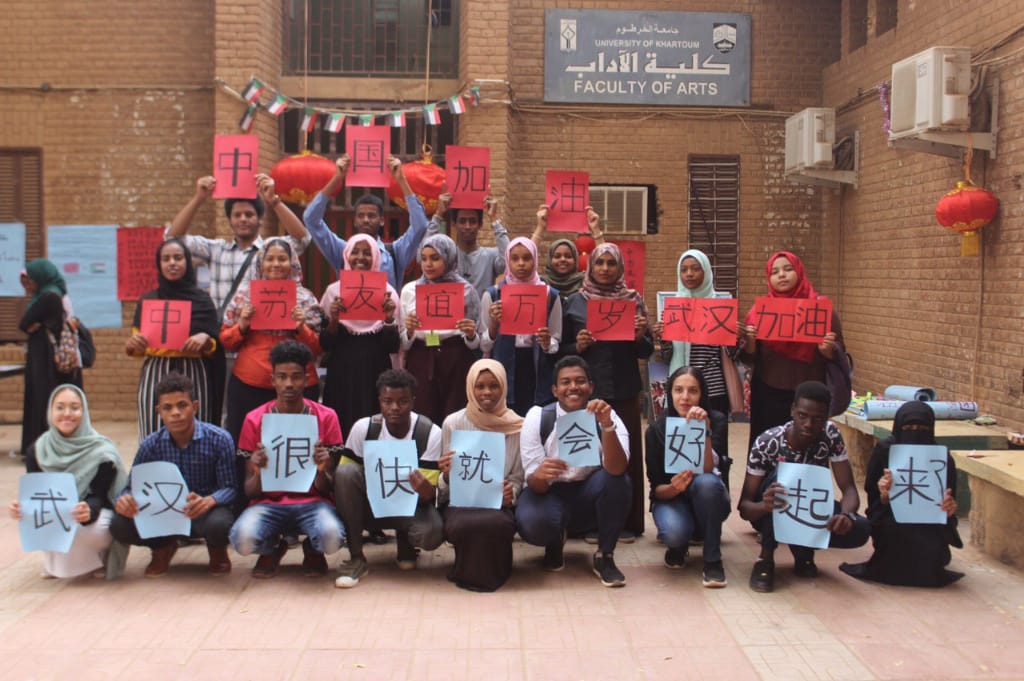 The Chinese Language Department at the Faculty of Arts, University of Khartoum, organized last week a cultural exhibition of solidarity in support of the Chinese city of Wuhan in its fight against the Corona virus.

The student, Aisha Ahmed Bashir, supervising the exhibition, said that the aim of the exhibition, despite the limited capabilities, is to highlight the solidarity of the Sudanese people with their Chinese friends in their war against the Corona epidemic, which threatens the lives of thousands. She indicated that the students’ interaction with the issue and their desire for expression prompted them to set up the exhibition, which included distinctive artworks and motivational manuscripts drawn by the department’s students, in addition to a knowledge pavilion containing pictures and paintings that reflect the basic features of the state of China, its ancient nationalities and cultures, and the department’s students filmed “videos” of solidarity in the Chinese language. to be broadcast by Chinese media.

For her part, the Head of the Chinese Language Department, Ms. Mahasin Ezz El-Din El-Faki, greeted her students and confirmed their complete satisfaction with the exhibition. She said that their interaction through the exhibition was impressive, creative and profound, and they were an honor for the department. She indicated that the exhibition had received wide attention from the Chinese Embassy in Khartoum and the Chinese media that covered its activities. To reach our message to them, and that is the least possible loyalty to the depth of our country’s relations with China, which has not abandoned its support for the university and the department even in light of the great threat it faces.

Department of Media and Public Relations