Hassan Ali-Dinar through his career over the past years has accumulated and developed excellent professional depth and qualifications in Higher Education, Scientific Research, Development, Coordination and International Cooperation. He was a Professor of Horticultural Sciences in the Agricultural Research Corporation of Sudan until 2000, then moved to King Faisal University in Kingdom of Saudi Arabia in the same position.  In 2004 he joined the Food and Agriculture Organization of the United Nations (FAO) in Kingdom of Saudi Arabia as an Assistant to the FAO Programme Coordinator. In 2007, he was recruited by FAO as an international staff in a position of Senior Programme Officer and in 2012 as Chief Technical Advisor until 2016. Currently, he is employed by King Faisal University as an Advisor and Coordinator for Research Affairs. During his career, he was awarded several fellowships and scholarships from the International Atomic Agency, DAAD, Alexander von Humboldt and the World Bank. Through those awards, international conferences, workshops, he visited several countries including USA, Germany, Kingdom of Saudi Arabia, Sultanate of Oman, Ethiopia, Kenya, Italy, France, Spain, Egypt, Morocco, UAE, Qatar, Malaysia, Sri Lanka, Venezuela, Nigeria, Namibia and Netherlands. Furthermore, he worked as consultant with several international and non-government organizations (GIZ,AOAD, DED, ITFNet). His current career interests center on management, research and education of horticultural sciences, climate change and environmental stress, agricultural projects identification, formulation, implementation and monitoring, administrative coordination and management of agricultural development programs/projects and agricultural extension and technology transfer.
PhD (Horticultural Sciences)
MSc (Horticultural Sciences)
BSc (Agricultural Sciences) 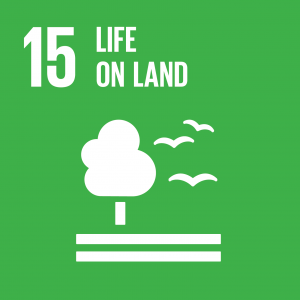