More than 20 years of experience in the Aviation industry. Graduated in 2000 from Delta-Qualiflight Aviation Academy, FortWorth Texas USA. Started the professional pilot career in the Oil & Gas industry transporting delegations of the consortiums in Asia and Africa, then moved to the VIP private sector operation as a captain. Joined Qatar Airways Group in 2006 as a co-pilot on Airbus A320 family for a few years, then got upgraded as a Captain on the same type. Selected to join Qatar Airways training department as an Airbus Ground Instructor & Train the Trainer Instructor (TTTI). Transferred as a Captain and Type Rating Instructor / Full Flight Simulator (TRI / FFS)on the Airbus A340 family and currently holding the CM1 (Captain) common type rating on the Airbus A350/330. During the life span of my career, I have been involved in various departments, projects and management roles and responsibilities, from training to safety, technical qualification duties, fleet and operational management. In 2017 the group CEO entrusted me to be the head of the flight operation department for the VVIP/VIP and High Net Worth Individuals (HNWI) subsidy of the group Qatar executive for both commercial and private operation, in addition to managing its Fixed base operation (FBO), ground operation, the integrated operations centre (IOC) and overlooking the crew training department working alongside the nominated person crew training. In addition to my current role as head of operations in QE, QCAA Nominated Person Flight Operations (NPFO), an Airbus A350 Captain, I have recently taken over the entire management of Qatar Executive division as Acting Executive Vice President, directly reporting to group CEO and managing its entire departments (sales & marketing, maintenance, flight & ground operations, IOC & FBO, training, safety & compliance, cabin services, administration, finance, etc.). Holder of American FAA CPL / IR, Malaysian CPL, Qatar QCAA & Sudan SCAA ATPLs. More than 9000 hours of flying experience. Trained and certified by airbus as a technical pilot. A Current student with City, University of London (CUL) for MSc in Science, School of Math, Air Transport Management. 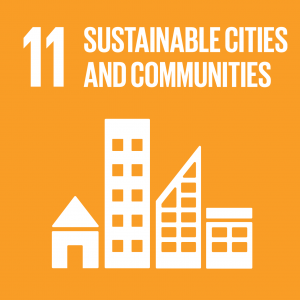