Dr. Mariod is the founder of Ghibaish College of Science & Technology, Ghibaish, Sudan 2017. And he is a professor at the Department of Biology, Faculty of Science & Arts, Alkamil, University of Jeddah, KSA.  He obtained his Bachelor of Food Science and Technology in Alexandria University, Egypt and a Master of Food Engineering at Gezira University, Sudan. He earned his Ph.D. in Natural Sciences at Münster University, Germany (2005).

Dr. Mariod was considered for inclusion in WHO'S WHO in the World, 28th Edition (2011) by Marquis Who’s Who Publications May 2010. Professor Dr. Mariod worked as visiting professor in IBS/UPM Malaysia 2008-2010 as a senior research fellow in the program of bioactive compounds and he obtained TWAS-UNESCO ASSOCIATESHIP –2010-2013 Ref.3240230898 at Research Centre For Chemistry at the Indonesian Institute of Science (RCChem-LIPI), Bandung 40135, Indonesia. Prof. Dr. Mariod obtained more than 8 Innovations Medals and Awards and 9 Scholarships & Grants. He serves as an Editorial board member of more than 9 international Journals, he published 218 articles in peer reviewd journals, he edited and co-edited six books for Elsevier and four books for Springer and four other books for local and regional publishers in Arabic. Prof. Mariod worked as Head Research Unit and Innovation, College of Science and Arts-Alkamil, University of Jeddah, Saudi Arabia March 2015 -2019. Deputy Dean of Deanship of Scientific Research, Sudan University of Science & Technology Since March 2012. Deputy Dean of  College of Graduate Studies & Scientific Research, Sudan University of Science & Technology  March 2011 to March 2012. Staff member of Institute of Bioscience, University Putra Malaysia 03.2008-03.2010. Member of publicity committee and member of editorial board of Bioscientist and Institute of Bioscience journals 03.2008-03.2010.

Since 2010 Prof. Dr. Mariod is well known trainer in high-quality workshops, online courses and webinars for university staff members and researchers in Sudan and KSA,  and he created and running a whatsApp groups includes near to thousand scientists aiming to increase their scientific and publishing capability.

Prof. Dr. Mariod worked as food scientists and consultant  in food processing industry (soft drinks, candy, concentrated juices, biscuit and bakeries, and icecream) for more than ten years, he worked with co-manufacturers on product development projects and quality and R&D. 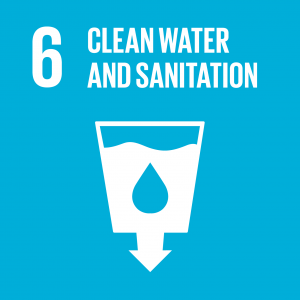 Dr Muna Abdel Aziz is the Director of Public Health for Salford from January 2020, and previously the…

Osman studied mechanical engineering at The University of Hull, UK, and graduated with Bachelor of…